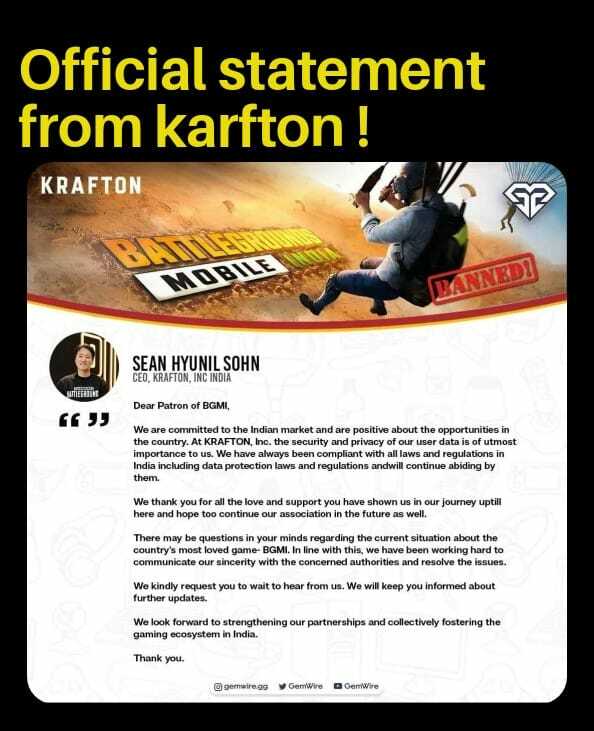 has been removed from Playstore and other app stores because of its Ban by the Indian Govt. Before now, I’ve updated a few of the Famous eSports Players regarding the Ban of BGMI. But today, an Official Statement has finally come by the CEO of KRAFTON, INC INDIA, Mr. Sean Hyunil Sohn. After 3rd day of the Ban, Krafton has finally released an Official Statement. The Statement Reads:

We are committed to the Indian market and are positive about the opportunities in the country. At KRAFTON, Inc. the security and privacy of our user data is of utmost importance to us. We have always been compliant with all laws and regulations in India including data protection laws and regulations andwill continue abiding by them.

We thank you for all the love and support you have shown us in our journey uptill here and hope too continue our association in the future as well.

There may be questions in your minds regarding the current situation about the country’s most loved game- BGMI. In line with this, we have been working hard to communicate our sincerity with the concerned authorities and resolve the issues.

We kindly request you to wait to hear from us. We will keep you informed about further updates.

We look forward to strengthening our partnerships and collectively fostering the gaming ecosystem in India.

This is a tricky situation, and the next 14 days are really important. Let’s all pray that Krafton is able to provide correct proof. I think Crafton should collaborate with any of the Indian Gaming companies or the Indian Government to launch a different Battle Royale Game or in fact, relaunch this BGMI Game again.

The game will remain banned, this ban is completely imposed due to the sentiment of people. Few people don’t have any jobs in real life, they simply have to poke their noses into virtual life rather than into real-life problems. Nothing can be done in India, There’s no Employment and nothing, and few people like us trying to earn some money playing eSports Games, but these games are also getting banned in the name of Data Breaching, Security problems, and so on. So Don’t play any game and better to join a political party and walk in their rallies, that is what they want from Young Generation.

Here comes Mortal’s Reaction to BGMI’s removal from App Store & Play Store. He’s one of the top Esports players in India. Surely, no one seems happy regarding this removal of BGMI from Playstore. 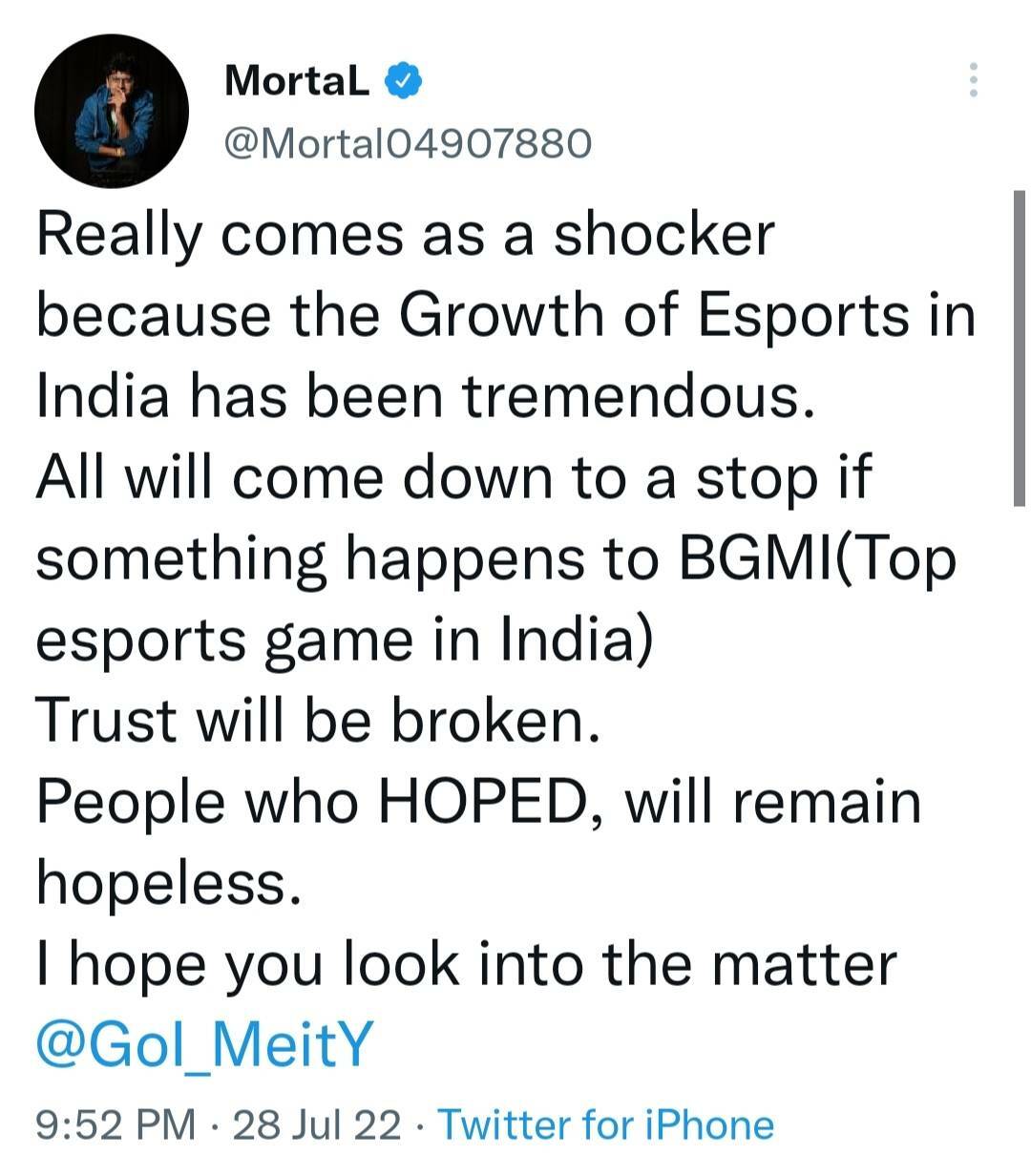 So the official BGMI Banning date in India has to be the 28th of July 2022. This is the reason why BGMI is not showing in the Play store or any other Indian App Market store.

Breaking: The Government ordered the removal of BGMI from the Google Play Store 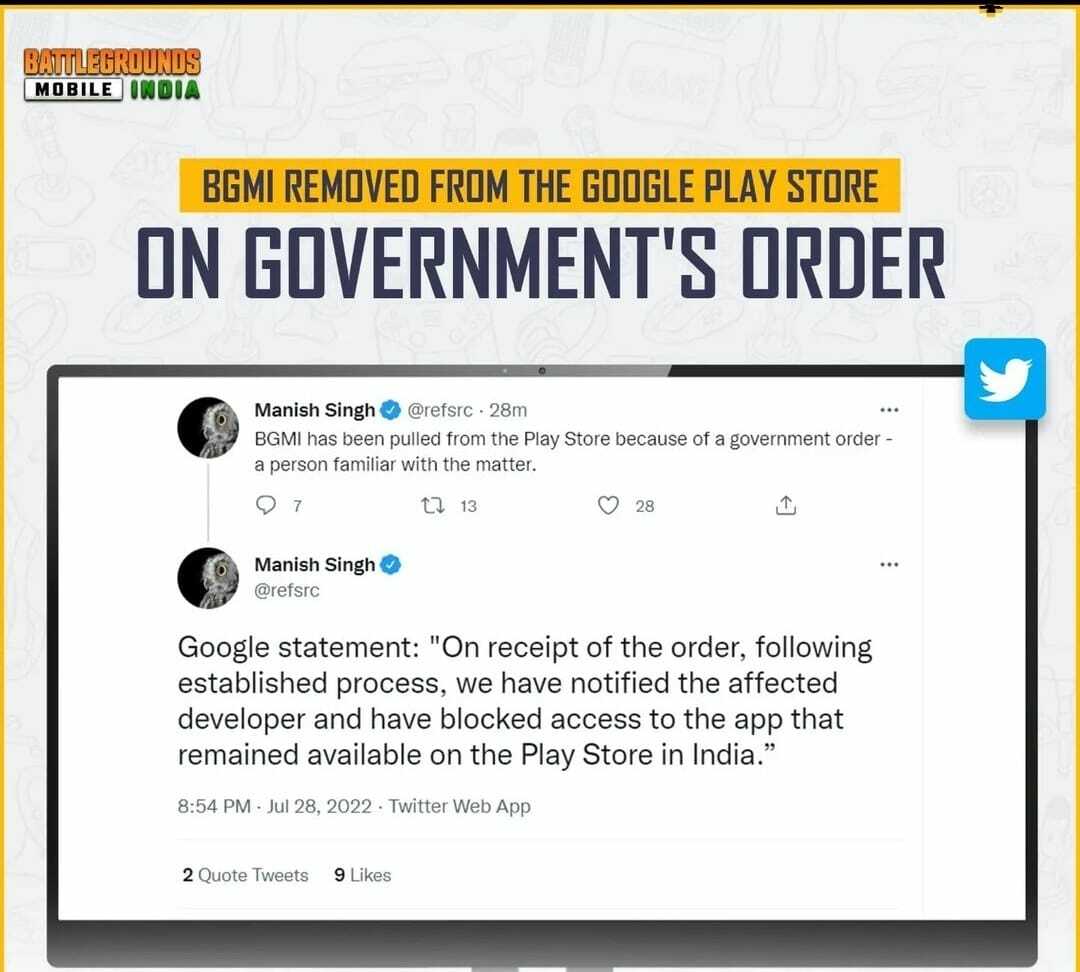 A journalist from @techcrunch, Manish Singh on his Twitter tweeted a Google statement that reads, “On receipt of the order, following established process, we have notified the affected developer and have blocked access to the app that remained available on the Play Store in India.”

Okays, so now, as the time passes a few news are coming from here and there. One of them is BIG. Why I’m saying big because this news is coming from Manish Singh who is a renowned Journalist from Techcrunch updated on his Twitter Account about the Ban of BGMI, he also added that an official Google source of him said that the Ban is because of a Government’s Notice. I was very much hopeful before that this can’t be a Ban from Government’s end because there’s no advisory notice coming so far. But things get clearer after every passing time.

I’m still hopeful that this issue (Whatever the reason is) will get resolved very soon. The BGMI Team will surely take the necessary step in order to bring back the BGMI Game again listed in Paystore.

This is Sad. Finger Crossed. Comment down below your thoughts! >>> 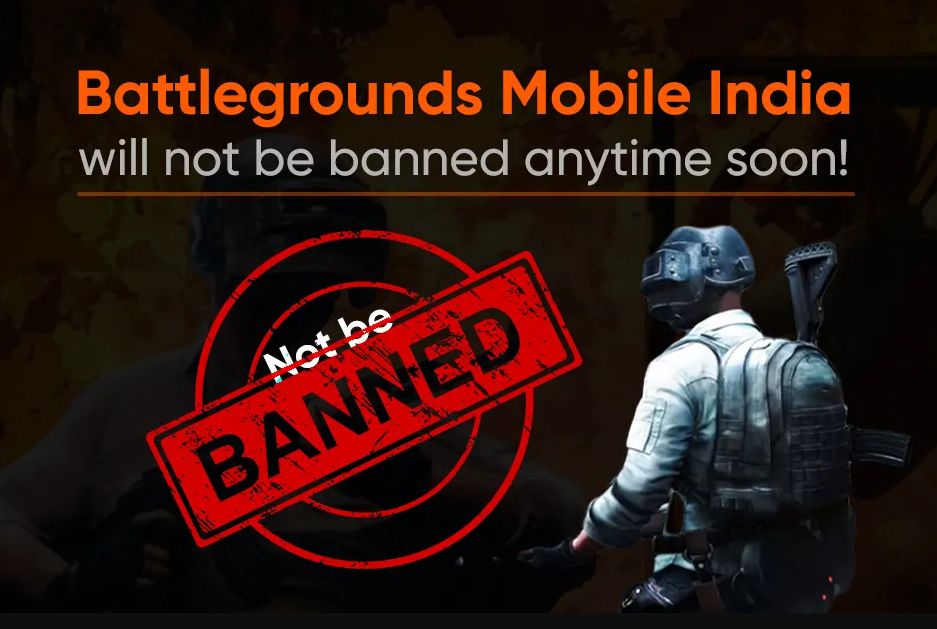 The Most Popular Battle Royale Game BGMI aka Battlegrounds Mobile India in India and its clone version called the PUBG is the most famous game in Global Market. But for many reasons, this game could never avoid problems and controversy all over the world. Just before a year back, Tencent running PUBG India got banned by the Indian Govt because of its Chinese Origin, and the server was based in China. And India has not a good relationship with China. So after getting banned this game has come up with a New name called Battlegrounds Mobile India or BGMI. But today on 28th July 2022, this game BGMI again got removed from Playstore. The BGMI Players are worried about another Govt Ban on this BGMI Game again. So if Govt doesn’t Ban, Why Bgmi Is Not Showing In Play Store?

Does BGMI Really got Banned in India Today?

A few months before, a non-profit organization named PRAHAR asked to the MeiTY (Ministry of Electronics and Information Technology) to ban the BGMI under Section 69A of the Information Technology Act. They wrote “In the interest of India’s sovereignty and integrity… and to prevent millions of unsuspecting players from falling victim to the Chinese trap”, and it can cause Serious National Security Concerns.

But after this happened there were no other reports that anyone has put any concern about the BGMI Game in recent time. And The Ministry of Electronics and Information Technology (MeiTY) hasn’t taken any further steps to ban BGMI. Because without finding it illegal, no one can take any serious step to ban such a Popular App in India.

So this is sure that the Govt. has not taken any steps that lead the BGMI Game gets removed from Playstore. And if Govt have taken such a step, an advisory notice would be in Public regarding the Ban of BGMI. No such Advisory Notice is yet public.

Few of the Facebook Groups trying to make this News Viral that, BGMI has to get banned by the Govt. This is not true. So don’t believe in such News. Those who have already installed BGMI Game on their Mobile Phone, they can easily play the game without an issue. But those who don’t have the game installed and trying to play the game, they cannot find the BGMI Game in Playstore. The alternate way to Instal the Game is using APK and use the OBB File to Backup the game as well.

[Solution] How to Fix Name Is Already Taken Problem In BGMI?

Why BGMI Is Not Showing In Play Store?

The main concern is Why Bgmi Is Not Showing In Play Store? Well, I think this is because of Playstore’s Internal Policy. We all know that Playstore has always maintained a strict policy towards all the apps. Even before there are times when they removed many BIG and Popular Apps from Playstore. Today BGMI is one of the same. But the good thing is, all the apps also get relisted in Playstore just after a few hours. After they find out the issue and resolve them and Submit a reconsideration request to Playstore.

Sometimes because of some Glitch, the playstore didn’t show an App. This can also be a reason. If this is, then wait for a few minutes or hours, BGMI can ger relisted again in Playstore.

I don’t find any reason to panic among all the BGMI Users, It just needs some time to settle the situation back to normal. After BGMI gets relisted, I’ll try to update this article again with the Good News of BGMI is available in Playstore again.

How can I Install BGMI now?

Well, I would suggest you to go to a friend who got the BGMI Game Installed on their Mobile Phone, and ask him to install any APK Extractor Tool and Extract the APK. Then transfer the APK to your Mobile phone using Bluetooth or any other method and then Install it. You can also use the OBB File to Restore your Backup. 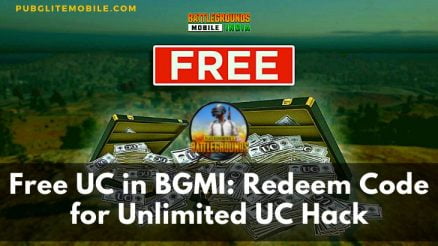 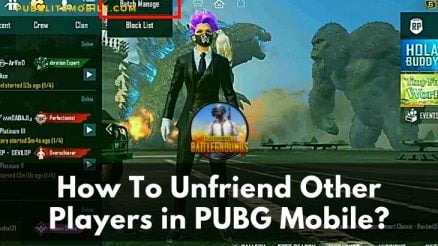 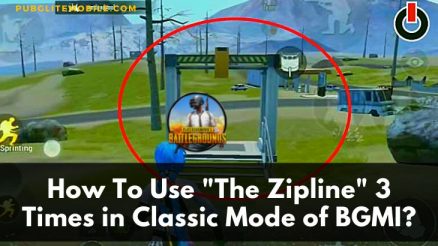 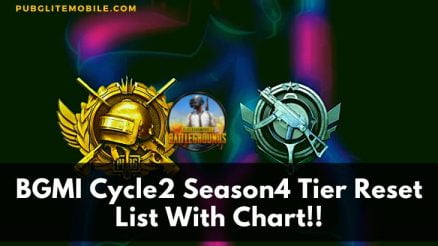